About Us
Our Values 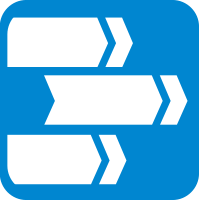 VDarts was established in 2007, focusing on transforming the dart game and player experience, creating a global dart platform based on global players, through the Internet and technology. The ultimate goal is to connect people, so that players from all over the world can play together, no matter time and place.

In order to promote sport events, VDarts has organized international dart competitions named "Super V", which has attracted professional dart players with a champion prize of US$ 20.000.

VDarts continues the independent development of software and hardware, and strives to keep improving its services, thus establishing a diversified product range. Whether it is a dartboard for private home use or coin operated dart machines for commercial use, VDarts can meet different needs

At present, the VDarts dartboards and dart machines have spread in more than 40 countries such as China, Japan, Taiwan, Malaysia, Portugal, Australia, Spain, France, Canada, the United States, etc.

The foundation of the company is "Honesty and Integrity". VDarts has been committed to providing customers with a full range of interactive online applications, a complete range of high-quality sports entertainment software and hardware. At the same time, adhere to the sense of responsibility and mission, and continue to improve its products and services.

Adhering to the principle of flexible skills, VDarts employees clearly understand the functioning of the different products and services, and bring novel ideas and designs that are used to promote product updates and innovations.

Bring in VDarts dart machines and all the revenue generated does not need to be split. As long as the consumption is larger and the usage time is longer, the return on investment will grow exponentially.

VDarts is the world's most complete dart brand, with both domestic dartboards and commercial use dart machines for entertainment venues.The best selling product, VDarts Mini Pro, has all the advantages of a large dart machine, while being compact and colorful.

VDarts'home dartboards can be linked to commercial dart machines to maximize your profit.

VDarts will continue to launch new dart boards/ dart machines, and update its apps to bring users the best experience.

VDarts will give you access to a large community free of charge, and will provide guidance and services by specialized staff, which will enable a win-win relationship between all parties.

VDarts has exclusively developed online events, supporting up to 128 players competitions, allowing you to host professional tournaments and leagues

V&Fun officially established the VDarts department to study the dart market and make a market analysis, focus on research and development of dart machines, and aspire to change the global dart market.

The research and development of an online dart machine has been initially completed. Continuous improvement of the game software.